July 12, 2014
Following a strong False Breakout rally for the Kiwi against the US Dollar, the currency pair has now settled above the Resistance of its Range just 10 Pips away from a major Resistance formed 3 years ago. If this price is hit over the next few days, we are likely to see a sharp decline of several hundred Pips that carries it back inside the Range and possibly even lower over the next few months.

The Daily Chart below shows the False Breakout below the Support of the Range that turned into the sharp rally over the last few weeks.

Despite the fact that False Breakouts usually lead to a break at the other end of the Consolidation, the Bull Candles above the Resistance have so far been very weak. This gives us a very small probability of a continued breakout that supports further gains for the Kiwi. One reason for this might be due to the fact that we are very close to a major Resistance that was formed in August of 2011- a major Resistance that has not yet been tested.

As we can see from the graphs below, this Resistance was formed when the strong 2-year rally came to an end and led to the formation of a large Pennant setup. Any Resistance or Support price formed when a major trend comes to an end is likely to lead to sharp reversals when tested for the first time. Whenever such a test is close to taking place, the market tends to hesitate ahead of this test-partly due its significance and partly because of the growing expectations of the trend reversal to follow.

Assuming that the market will rally to hit this Resistance, let´s see what is likely to take place thereafter. This pullback would take us back inside of the Range where it could continue to oscillate between Support and Resistance, moving by 230 Pips on each occasion.

If the Candlestick Signals are strong enough with little volatility, trading within this Range can be very profitable. ABC Signals, Consolidation breaks and Trend Line breaks are possible signals that could provide entry signals inside of this setup.

Alternately, instead of continuing to move inside of the Range, the pullback at Resistance could lead to an even stronger breakout that breaches the Support, the Resistance of the large Pennant and an Uptrend Line. This would take us down to the 0,7900 area of Support over the next few months, as the US Dollar recovers lost ground of over 900 Pips.

Trading this breakout would also involve the use of ABC Signals, Consolidation breakouts as well as Counter Trend Line breaks. Trades can be held for a much longer period over the course of weeks or months, with less monitoring required compared to trading within Ranges.

Under both scenarios, the signals and the corresponding setups given on the Daily and 4 Hour Charts need to be strong and clear enough. Once these are provided and the trade meets the other criteria established to justify entry, consecutive gains will be realized by traders. 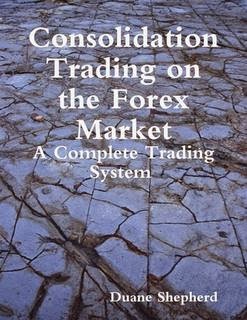