This pair has now formed the predicted Pennant Setup on the Daily Chart and has now resumed the bearish breakout from the larger Pennant Consolidation. There had been an initial Counter Trend Line (CTL) Setup that was broken in an attempt to resume this downtrend, but because of the weak nature of the candles and the subsequent Bullish Candle, a Pennant was forecast to be formed. This tends to happen when CTL breaks are weak and knowledge of this dynamic of the market can be used to avoid pullbacks that can take out trades.

As can be seen in the chart below, a break out has started from the large Pennant formed in the aftermath of the Financial Crisis and safe-have flows of 2008. 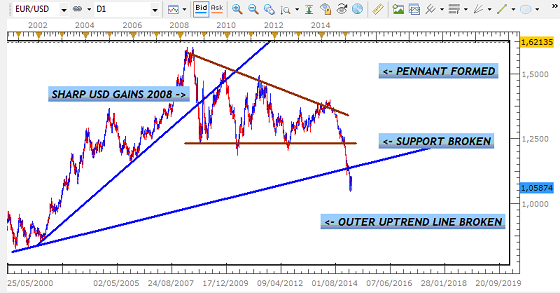 Given the size of this Consolidation and the general theory behind Consolidation Breakouts, the gains for the USD are likely to continue for the rest of the year as we head towards the next major Support of 0.8230. 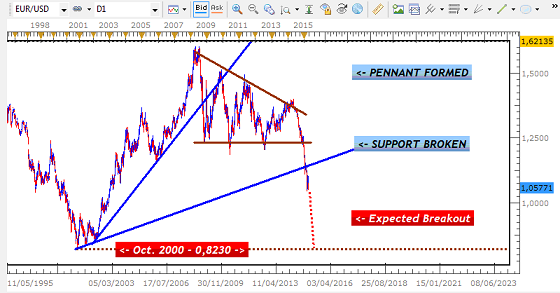 The chart below shows the break of a CTL setup that appeared set to lead to another bearish move as part of this major breakout. 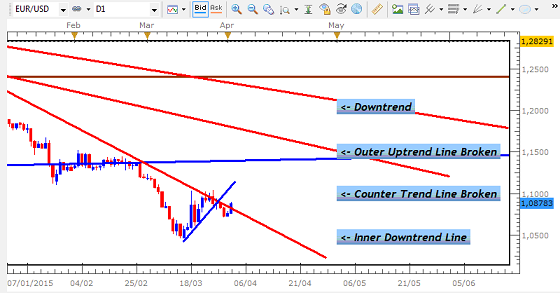 The initial breakout candle was bearish but was too weak to justify entry. This was followed by an opposing Bullish Candle that took out that Bearish Candle. Reversals like this tend to take place when initial breakout signals from Counter Trend Lines and Consolidations are too weak. These weak signals are normally followed by reversals that take them out which can lead to;

1. A Stronger Signal
2. The Formation of another setup
3. A Trend Reversal

Given the strength of the overall downtrend, the formation of another setup in the shape of a Pennant was predicted - the norm with weak breaks of Counter Trend Lines. 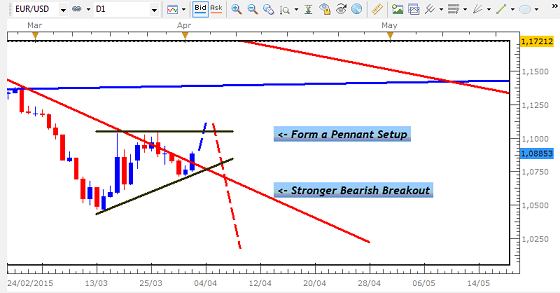 After pulling back higher and then U-Turning bearish, the formation of the Pennant was completed a few days ago. This was then followed by a break of the Support that could now lead to the resumption of the downtrend. 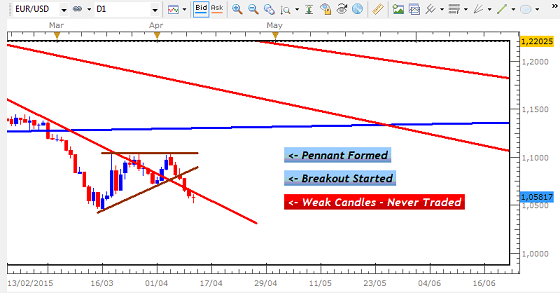 Having formed this Pennant and now broken the Support, there are two possibilities that lie ahead. Given the weak nature of the breakout candles, we could have yet another reversal that leads to another, stronger Consolidation Setup. 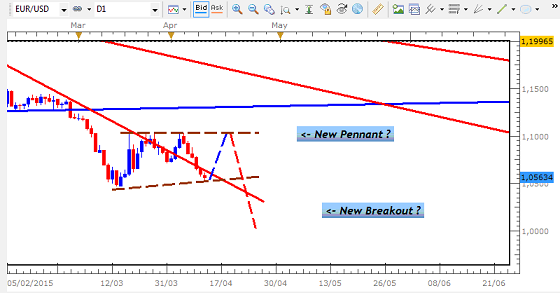 On the other hand, this downtrend has been characterized by weak candles which have still led to profitable moves since it began in May of 2014. As such, it is very possible that the current small candles lead to another round of 400 Pip gains for the USD towards the end of April (the average for this pair). 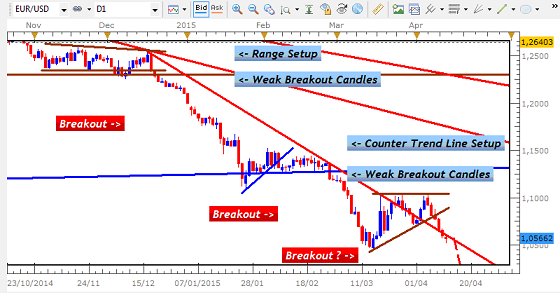 Although a profitable move may come with these weak candles, the guidelines for the Swing Trading Methodology remain the same - only trade strong breakout Setups with Normal Candles. Since there will always be other Currency Pairs and stronger setups from which to choose, there will never be a need to change one’s strategy.  This market will always provide opportunities that are in sync with the Methodology and these always “compensate” for the sacrifice of letting some trades pass us by. 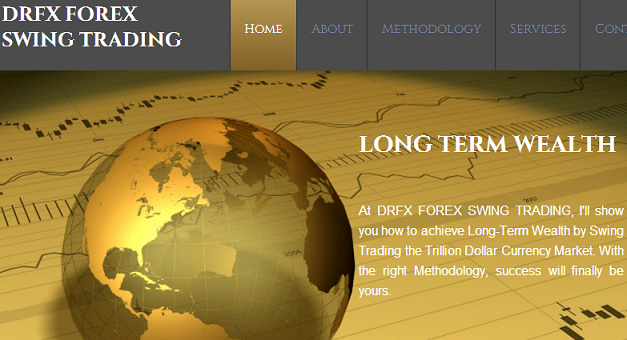