The Range Setup on this pair was finally broken with a strong bull candle breakout signal. This signal - a Normal Candle - has also broken the strong Downtrend Line that was formed with the breakout from the large Pennant Setup started in November of 2014. Given these strong bullish technical signals that point to the start of a strong breakout, many traders would be getting ready to capture hundreds of Pips from this expected rally. However, as attractive as this setup is, there a 3 other important, more dominant technical factors that may lead to either a False Breakout or a breakout that is volatile and risky to trade.

The breakout candle that was given on Monday April 28 can be seen in the Daily Chart below. 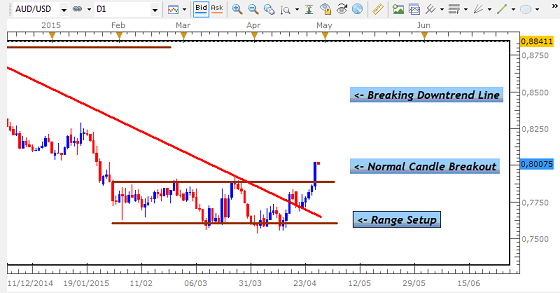 From Section 8 of the 2nd Part of the Trading Manual, we can see that this candle which broke above the Resistance, complies with all of the requirements of a Normal Candle that would usually make this a tradeable setup. 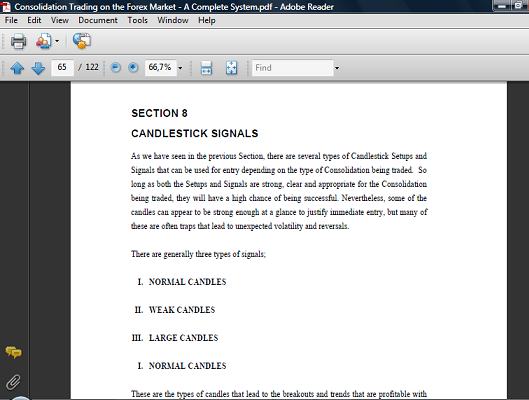 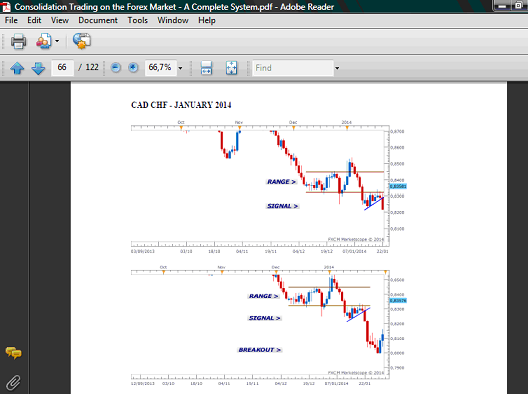 Even though the Stop Loss on the 4 Hour Chart would not meet the 4th criterion in the Trade Sheet for an immediate “ENTRY USING THE DAILY CANDLE”...; 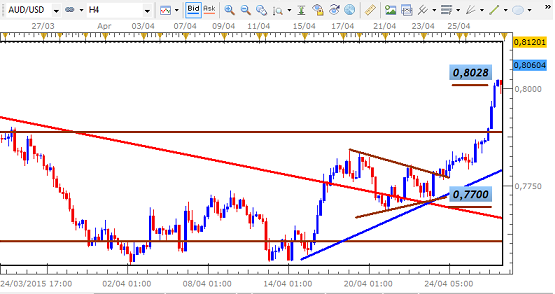 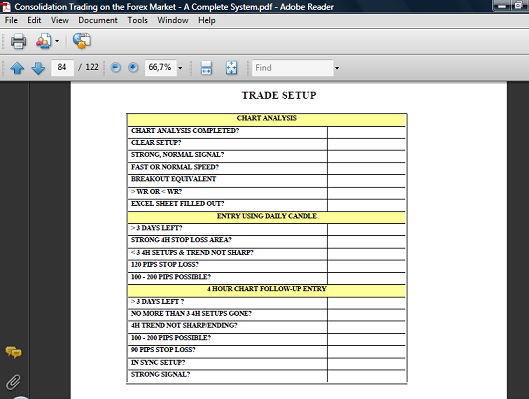 ...we would simply wait for a follow-up signal that meets the next set of criteria and trade accordingly. Nevertheless, due to 3 important, overriding factors about this pair’s setup, we are unlikely to reach or need to wait on this signal.

Trends eventually come to an end and the Range Setup that we have here can lead to the start of a new trend. However, there usually tends to be a major factor or combination of reasons that dictate when this trend change will take place - reasons that are not yet seen for this pair.

THE BREAKOUT EQUIVALENT OF THE PENNANT

Major trend changes can occur if the Breakout Equivalent of a large Consolidation has been hit. Since these areas generally lead to strong pullbacks, they can lead to a gradually change in the overall trend of a pair. The larger the Consolidation, the stronger the expected pullback and the more likely that a new trend direction materializes.

In the current scenario, we can see that the Pennant Setup that was broken was fairly large. Based on how the Breakout Equivalent of these Large Pennants is measured, this area would lie below the Outer Uptrend Line. 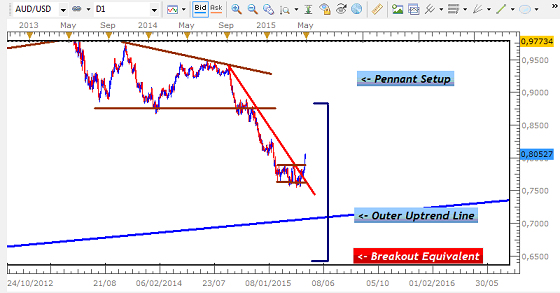 Significant trend changes also take place when major Trend Lines have been hit. The momentum that the pullbacks at these areas normally produce is usually strong enough to lead to a new trend. The Outer Uptrend Line on this pair has been in place since early 2001, forming its 2nd Support point between 2008 and 2009 when global Risk-Appetite returned to the financial markets. 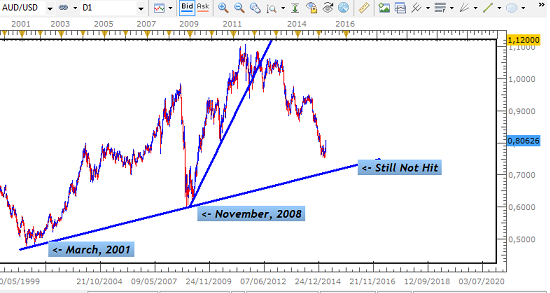 As can be seen here, we are still some distance away from this important Trend Line. This could therefore reduce the strength of any bullish U-Turn that takes place in an attempt to resume the overall Uptrend of this pair.

SIZE OF THE SETUPS

Despite the significance of Trend Line Bounces in leading to major U-Turns, successful reversals can still take place without these boundaries being hit. Nevertheless, the setups that would allow for this are normally large and in sync with the previous setups that formed that Trend Line. The charts below show that the two Support Points that formed the Outer Uptrend Line were noticeable larger than the current Range Setup. 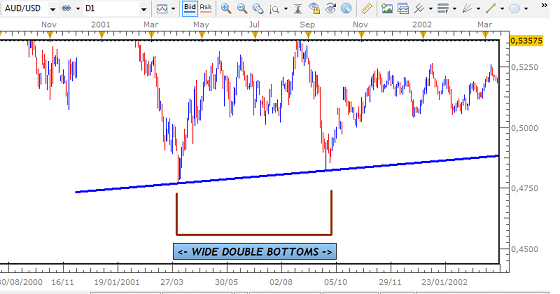 These were a pair of wide Double Bottoms that were formed over a 6- month period between the end of March and the end of September of 2001. 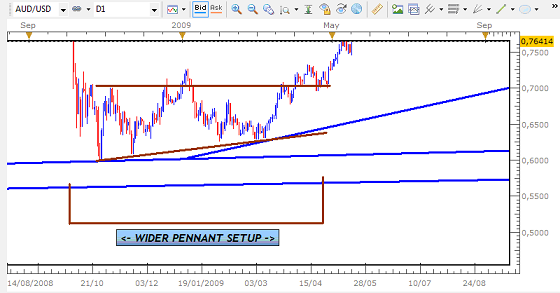 This setup was a fairly large Pennant Setup that also took 6 months to be formed between 2008 and 2009 before leading to the sharp 3-year breakout. 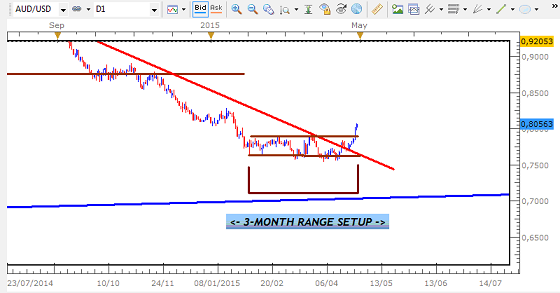 This present Range Setup is very small in comparison to those previous Support Points and has taken only 3 months to be formed. These factors give it a very low probability of leading to a breakout similar in size to those that started in 2001 and 2009.

In the absence of a stronger setup and convincing technical factors, preference for the existing trend is always preferred. It is still possible for the pair to rally for several hundred pips, but it is more likely that either a False Breakout or a volatile rally that is difficult to trade takes place.