September 21, 2014
One of the most important aspects of profitable Currency Trading is to always establish accurate trading targets. The market can provide traders with hundreds of pips in movements on a weekly basis for consistent returns across the major currency pairs. In order to avoid unexpected reversals that could affect this success, however, these targets must strike a balance between short-term gains and long-term market uncertainty.

Many of the Currency Pairs have been aggressively breaking out of Consolidations after months of low market volatility, providing profitable breakouts in a very short period. Most of these Consolidations have also been very large which means that in general, their breakouts are expected to be significant over weeks and months. Nevertheless, there a major short-term targets that most of these pairs obey where they either pause before continuing to the long-run targets or reverse unexpectedly.

In order to avoid the dilemma of this crossroads, my Methodology dictates that traders aim for 100-200 Pips per trade which tends to be in line with these short-term price points. The rules for these targets depend partly on the size of the Consolidation as well as the average weekly trading range of each Currency Pair.

The breakout on the GBP AUD was from a large Pennant that was formed between April and August this year. There was also a simultaneous breakout from a Range which would have added extra momentum to the trend. Given the size of the Pennant, one would have also expected the breakout to last for at least a few weeks to targets 1000 Pips away.

Instead of this large breakout, the pair only declined by a few hundred pips before U-turning sharply back above the Resistance of the Pennant.

This unexpected reversal coincided with one of these important short-term targets. Those who traded this pair to that area would have been able to keep their profits without being surprised to see the profits suddenly eroded.

A similar reversal took place with the AUD NZD that also started to breakout from a very large Consolidation setup.

Once again, the breakout only last a few days before reversing sharply, breaking Uptrend Lines and returning to the Resistance of the Pennant. Fortunately, we were able to exit from this trade successfully ahead of this pullback. The target was originally supposed to capture over 100 Pips but the criteria of the strategy identified the start of slow down in the trend. 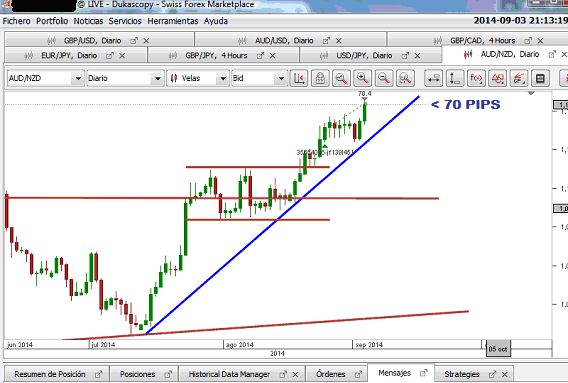 Given the prevalence of these reversals and a recent Consolidation breakout on the AUD USD, the exit at the short-term target may have been another good decision. 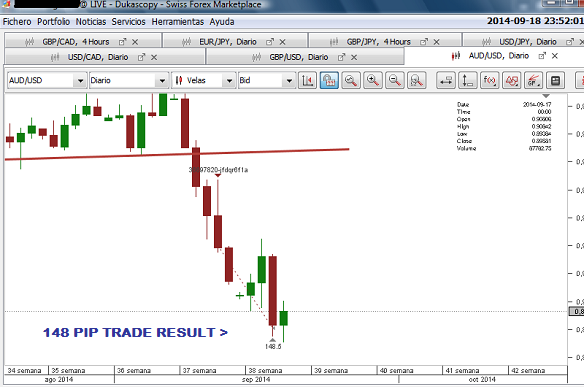 The reality of this market is that it has the power to both reward and to punish. Most persons who trade this market tend to make good entry decisions, but the choice of targets is one of the most difficult decisions to make. In order to be able to consistently generate long-term gains from this market, the criteria for targets need to be in line with the actual cycle of the market. This will help to curtail our emotions which will always want more from the market especially after a successful trade.


Without even reading the Trading Manual, you can become a Subscriber with the code at the end of the book and benefit from these setups sent 30 Minutes before entry. In addition to this, you will also be able to receive;