SUMMARY OF 35% RATE OF RETURN

The last 13 Months have proven to be both challenging and rewarding with this new Price Action Swing Trading Methodology. Transitioning from Day Trading to Swing Trading is very difficult especially if you - like myself- have spent most of your trading years glued to the computer screen in search of immediate gains each day, only to be constantly disappointed. Swing Trading solves most of the problems associated with Day Trading and provides a more solid foundation upon which to establish a viable source of Long-Term Wealth.

The Trade Setup Service, which was started on July 1, 2014, involves providing detailed trade information on trading opportunities on the Daily and 4 Hour Charts for Subscribers to trade on their personal accounts. Assuming a level of risk of 5% per trade, a Subscriber would now have generated a Rate of Return equivalent to 35%-from 15 Trades. This has come from 9 winning trades and 6 losses. 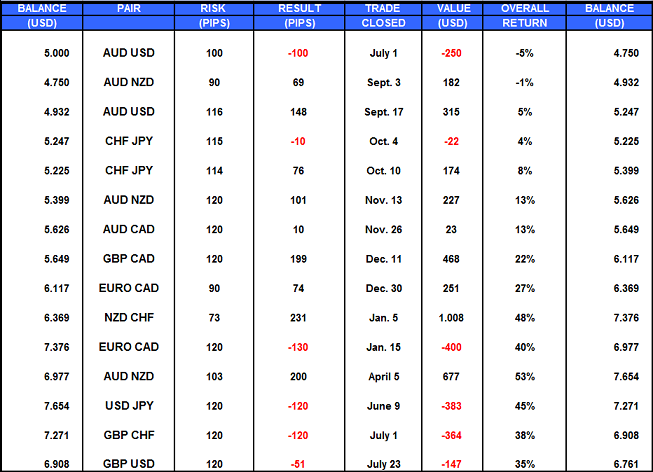 At this current rate of growth, this Subscriber would now only need 6 more trades to achieve a remarkable Rate of Return of 100%.

By continuing to trade the Currency Markets with this unique Methodology, you too will be able to attain your major Short to Long-Term Monetary Goals.

FXCM Charts are used to provide the entry signals from the Daily Chart, as this platform uses the New York Close Candle of the Daily Chart - crucial to this Price Action Methodology. Stop Losses range from 90 and 120 Pips, depending on the time frame used, while the targeted Pips Per Trade is between 100 to 200 Pips. Targeting fewer than 100 Pips exposes your trades to the more volatile, lower probability setups while aiming above 200 Pips risks pullbacks that take away your gains.

Trades are usually held for a few days, with the actual number of days depending on the individual trade. This holding period acts as an anchor that controls our greed so that we do not hold out for more than the market is offering. Based on this rule, some of these trades have had to be closed earlier than planned if they had not reached their targets on the last day of the holding period.

Following a somewhat shaky start with the initial 100 Pip loss on the AUD USD, the Methodology was able to recover with consistent gains in subsequent months. These included the AUD NZD, the AUD USD and the GBP CAD. 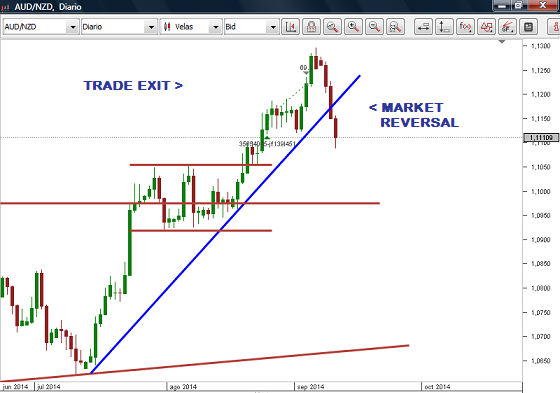 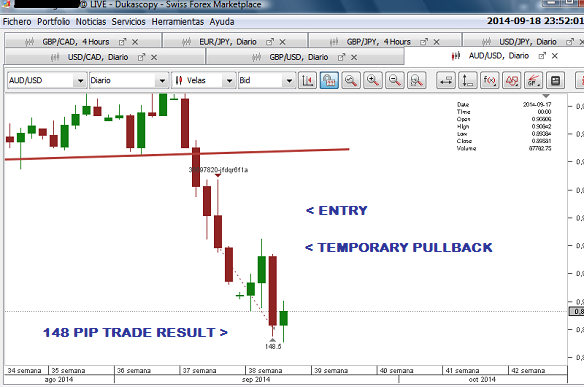 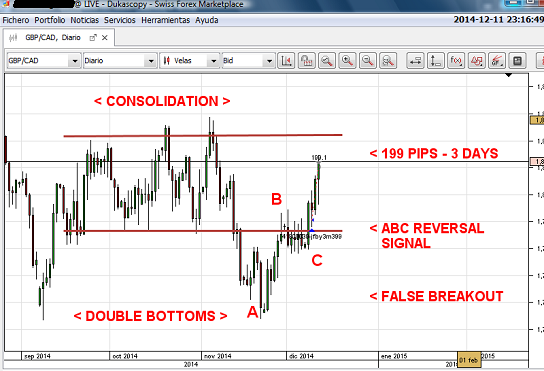 The AUD NZD trade was an example of a trade that had to be closed early. The original target of over 100 Pips was expected to be hit within the allotted time, especially since we were breaking out from a Consolidation. However, even though I believed that this was going to go higher, I had to closed the trade in order to comply with my rule. As you can appreciate from that pullback below the Trend Line, this was the correct decision - a difficult one after an initial loss, but a necessary one.

The AUD USD trade was a prime example of the discipline and patience demanded of us in order to be successful Swing Traders. As you can see from the graph, there was a sharp pullback bullish that took the trade right back to the Entry Price just before it U-Turned to hit our target. Had we been constantly monitoring the trade as we used to do as Day Traders, we would have began to panic and second-guess ourselves tempting us to close the trade for a small gain. After all, a small gain is always better than a loss any day of the week. However....

If a trade is going to be successful, it has to be allowed to move according to the natural waves of the market. Ideally, we want our trades to move quickly to our targets - as was the case with the GBP CAD above - but the reality is that the market does not always move on our schedule. In order for winning trades to captured, therefore, we must not interfere with the natural dynamic of the market.

It is for this reason that I have included in the Trade Setup sent to Subscribers, the Guideline of never monitoring a trade while it is in motion. 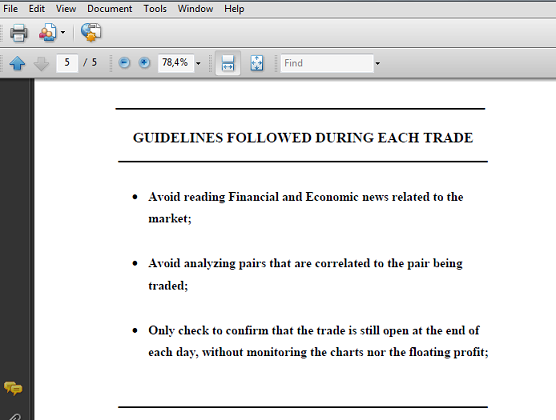 Configure your trading platform so that you only see that the trade is still open without seeing the actual graph, floating balance or account balance. This is a crucial safeguard required to keep our emotions out of the picture.

As with all strategies, there are periods of losing streaks that have to be faced before we can continue towards our targets. The last three trades have led to losses with the latest one coming from the GBP USD. Although these periods are challenging, they are easier to face and overcome compared to Day Trading. This is because the time in between Swing Trades is sufficient to allow us to objectively analyze these trades and regain our composure and objectivity ahead of the next opportunity.

With Day Trading, we believed we could not afford to sit back because there was always another trade within a few hours that could erase the losing ones and make us "feel better". This left little time to ensure that the next trade was not hastily and emotionally taken in order get quick "revenge" on the market and the brokers.

If Long-Term Wealth is your goal, then Swing Trading the Currency Market will definitely help you along this journey. We have been made to believe that things need to happen immediately and that waiting patiently for anything is the greatest sin of all. Rome was not built in a day and neither is significant Financial Independence. The Forex Market is a very attractive market to trade but where is stated that the only way to benefit from it is to trade it every day or whenever we want?

By trading only twice per month and thereby minimizing your exposure to this dangerous market, that 35% Return is comparable to most conservative investments instruments. Even if you decided to risk only 2% Per Trade, you would have still earned a significant return of 14%...

RATE OF RETURN AT 2% RISK PER TRADE 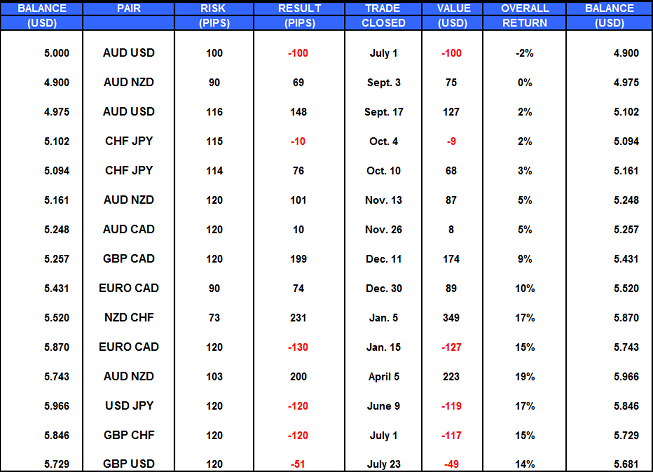 In either case, you would be right up there with the best in the industry... 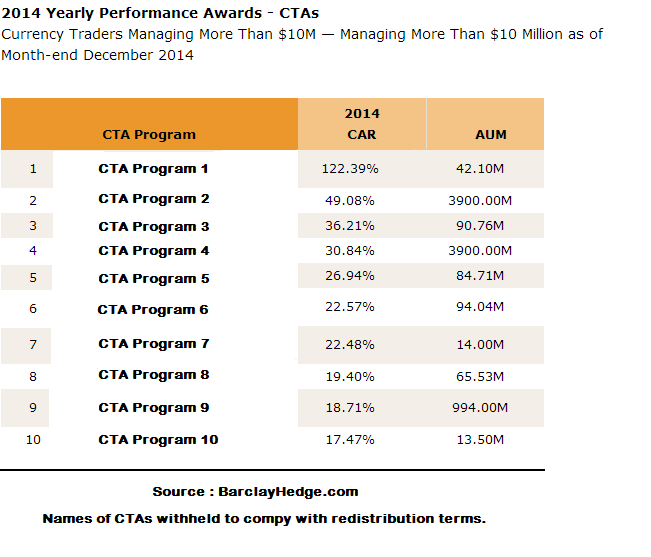 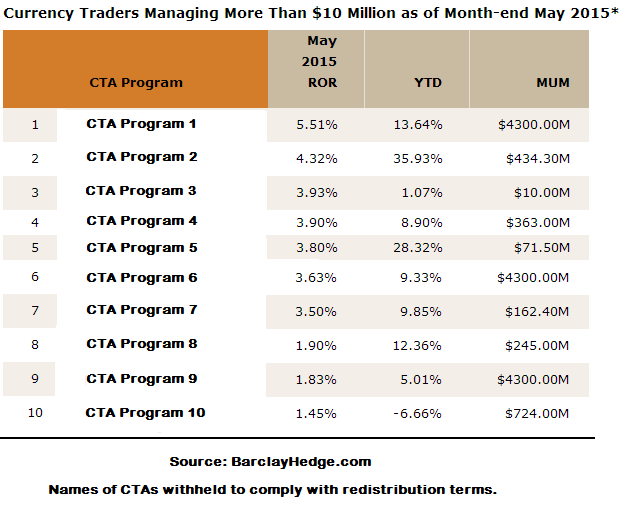 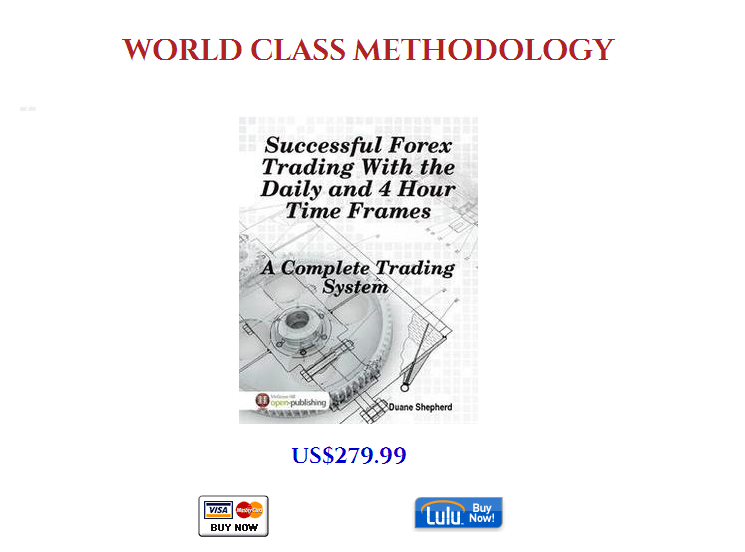 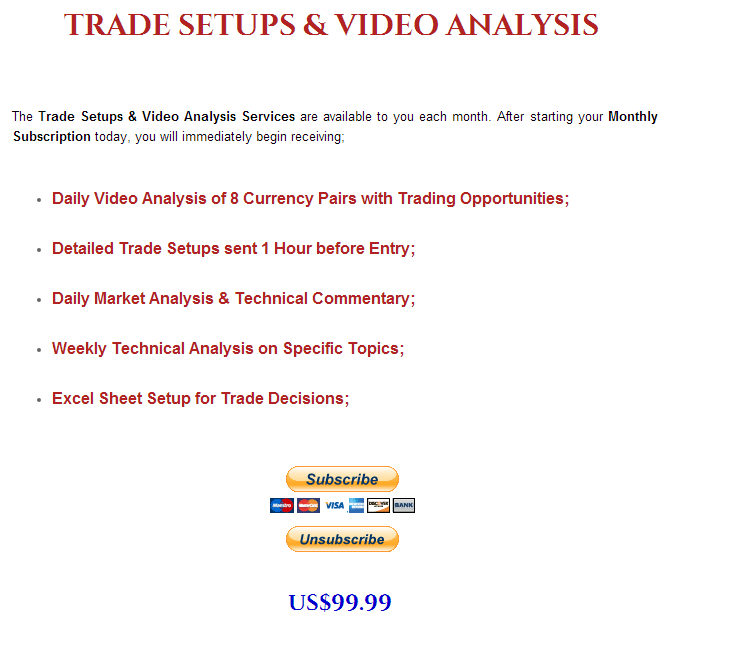 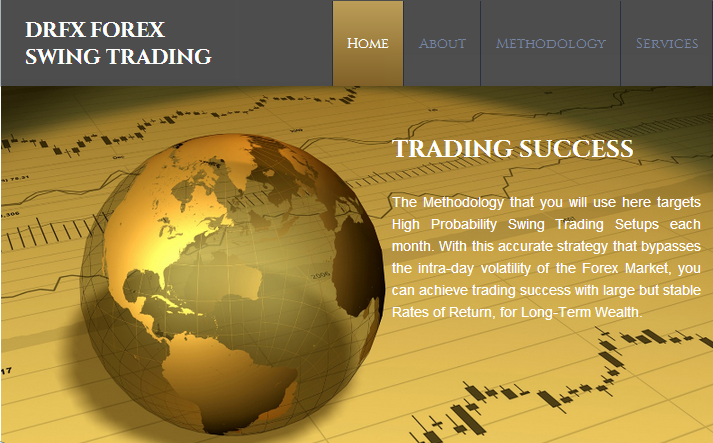