EURO CAD - BULLS HAVE THE EDGE WITH STRONG BULL CROWN


A Bull Crown Formation has now appeared at the Inner Downtrend Line following the sharp Bearish breakout from the Range Setup. This appears to indicate the start of an Uptrend in the days ahead, despite the predominantly Bearish direction of this currency pair.

From the chart below, we can see that the Breakout that was taking place from the Range Setup on the Daily Chart has now ended with a rally above the Inner Downtrend Line. 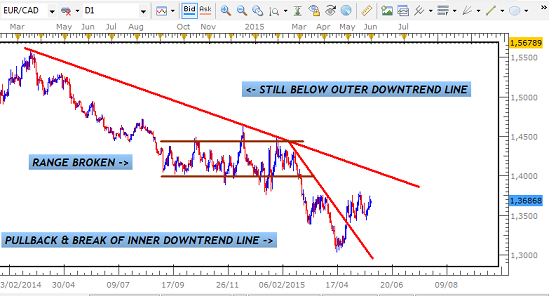 Breakouts from Consolidations such as these can include periods of pullbacks that eventually lead to the continuation of the trend. In fact, above the Inner Downtrend Line, a Range Setup has been formed above the Uptrend/Counter Trend Lines. If these are broken bearish with a strong candle, it could lead to the resumption of the overall breakout. 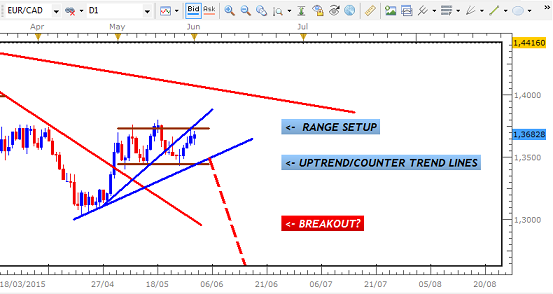 However, there are two factors that give the edge to the Bulls and the likelihood of a new Uptrend in the days ahead. The first is that Breakouts from Range Consolidations of this size are generally expected to last a longer time than appears to be happening here. Although the pullbacks are expected, the time that it has now taken in moving sideways is longer than is normal for Breakouts such as these. 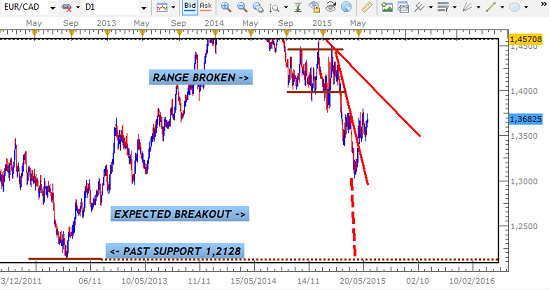 The second factor has to do with the Bull Crown setup that has appeared above the Inner Downtrend Line. Not only is it unusual to have such a long period of indecision with these Breakouts, but it is even more so whenever a strong setup that signals a move in the opposite direction appears. 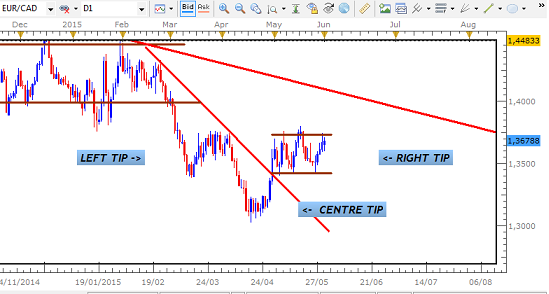 Because of these two factors, a breakout above the Resistance of the Range Setup is the more likely scenario. This would first carry us to the Outer Downtrend Line where the pair could encounter some resistance. From here, a break of this barrier could take place to signal even stronger gains for the EURO. This would require another strong signal given the significance of the barrier and that there is always a possibility of the existing trend continuing as long as we are still below this trend line. 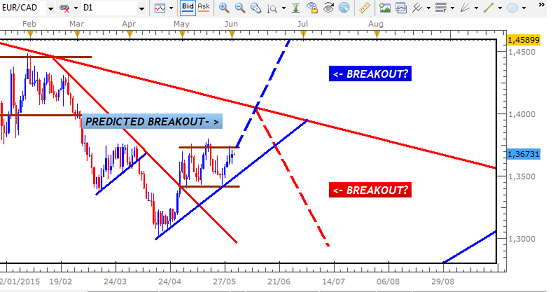 Aggressive traders may be tempted to get into this trade before a breakout signal is provided. This is often done to get in ahead of the market especially if the breakout candle is too large and does not provide a small enough Stop Loss. However, given the frequency of False Breakouts, it is always better to wait for the Daily Chart to signal the direction in order to trade with greater confidence. Stop Losses may be larger but if they are placed at an area that is strong enough to protect the trade, a trader can hold his/her position with greater certainty that profit targets will be hit.