EURO USD TO FORM CONSOLIDATION SETUP IN THE NEXT FEW DAYS?

The EURO USD may be in the early stages of forming a Consolidation Setup based on the nature of the sharp rally that has taken place over the last few days. If we see this play out over the course of the next few weeks, there may be an opportunity for us to trade within the boundaries of Support and Resistance until a breakout takes place.

As we can see in the chart below, the pair has finally broken the Large Pennant Consolidation that was formed between 2008 and 2014. 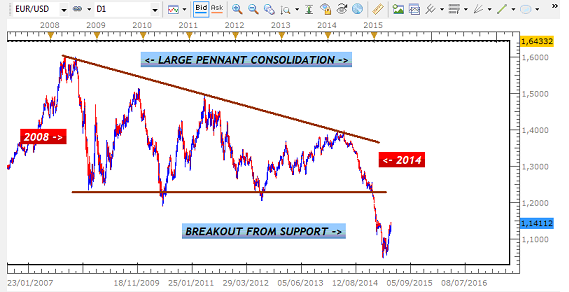 Given the size of this Consolidation, we should expect this breakout to continue in favour of the USD for the Medium to Long-Term heading into 2016. However, as we can appreciate more clearly from the chart below, the EURO has started to rally in defiance of this overall outlook. 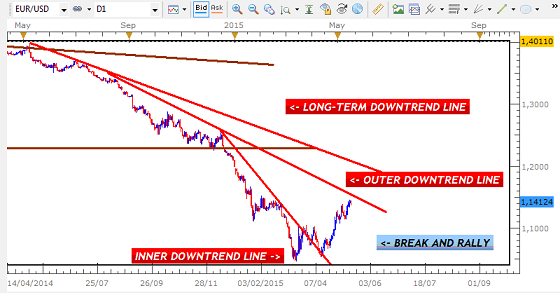 The Inner Uptrend Line was broken with a pair of Double Bottoms. This has been followed by a sharp rally that appears to be taking the pair to the Outer Downtrend Line. If that barrier is hit, the pair could continue even higher towards the Long-Term Downtrend Line before breaking back inside of the Pennant.

On the other hand, it could also U-Turn bearish to resume the overall direction of the Consolidation Breakout at either the Outer or Long-Term Downtrend Line. 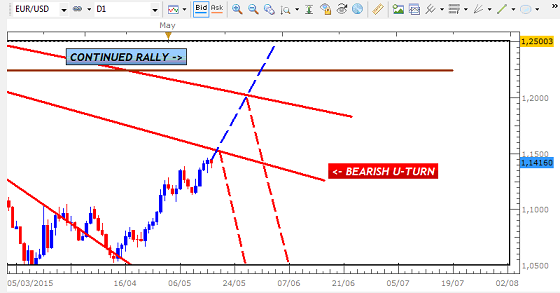 Despite the possibility of a bullish scenario that takes us back inside of the Pennant, the current strength of the Downtrend makes a bearish U-Turn the more likely outcome over the next few weeks. Another reason for this bearish outlook has to do with the nature of the candles that have led to the current rally taking place. The sharp movement, the small candles and the fact that the reversal follows a very long trend, are some of the signs of the start of a Consolidation Setup (Section 4, Part 2). 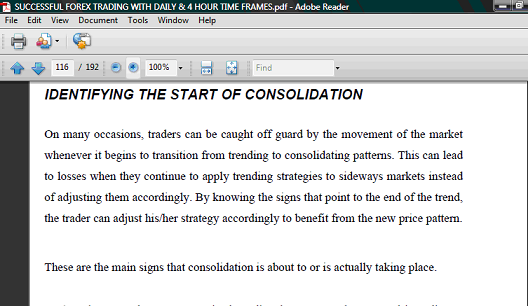 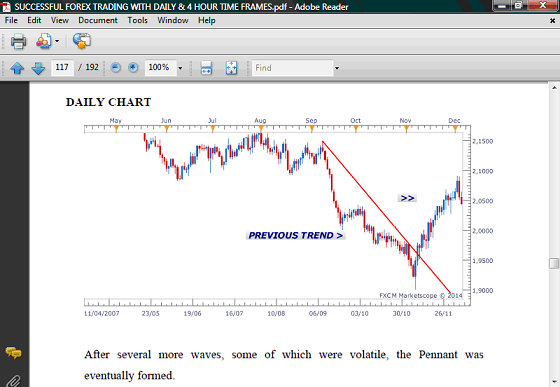 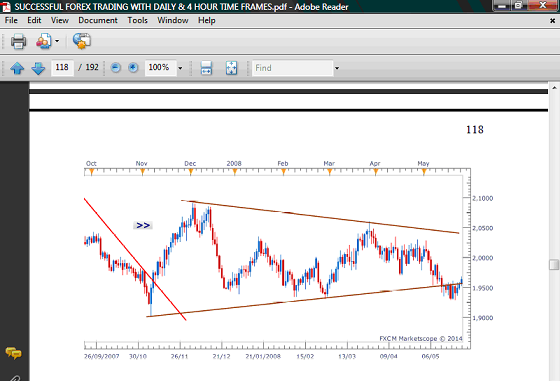 This means that we could see a pullback at either of those two Trend Lines to form the 1st Resistance point of a Consolidation Setup. 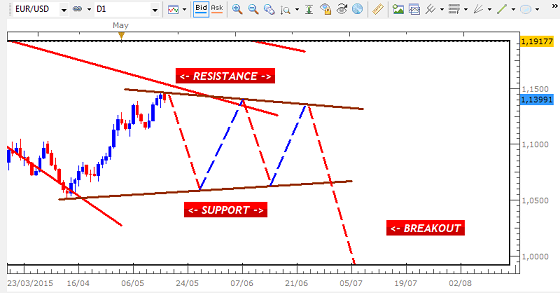 If this materializes, then we will have opportunities to trade between Support and Resistance until the breakout takes place. We will do this by firstly determining the time frame that is controlling the signals and then analyze and trade accordingly for our 100 to 200 Pip Targets.