The Daily Chart for this pair has formed a large consolidation pattern in the form of a Pennant, after reaching the high of 174,82 on January 2nd this year. This marked the end of the market´s reaction to the aggressive stimulus measures implemented by Japan to boost their economy that had the effect of weakening the Yen. After reaching that high, the pair then began to move in waves of uptrends and downtrends that led to the Pennant setup that we see today. The Resistance points formed are at 174,82, 173,56 and 173,13 with Support at 163,86, 167,75 and 169,73. 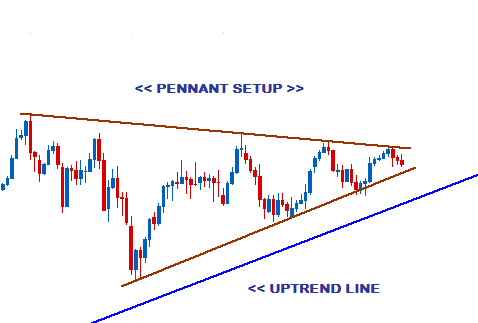 This Pennant also sits just above one of the major uptrend lines that has defined the direction of the currency pair since June 1, 2012. This trend line, which is actually an inner uptrend line, has its starting point at the low of 125,66 on the 13th of November, 2012 and connects with the low of 147,58 of August 7th, 2013.

Given this overall setup for the currency pair, what can we expect for the rest of April? As we can see from the chart, there is a definite narrowing of the gap between Support and Resistance that usually means a breakout is imminent. The direction of the trend gives us a high probability that the breakout will be long to continue the weakening of the Japanese Yen. If this were to take place, then the high of 174,82 would be the first target to be taken out/set as our take profit price. 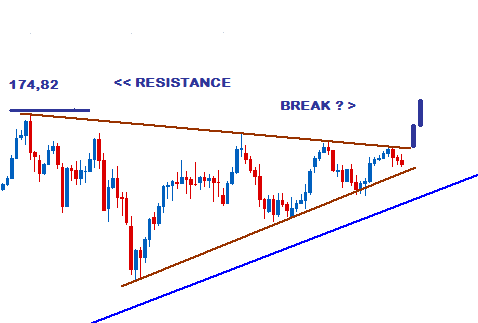 After this target is hit, the currency is likely to rally for several hundred pips given the size of the consolidation. The ultimate target in the short-term (7 days) could be 300-500 Pips away, while a 600- 1000 Pip target over the following 3-5 weeks after that is also possible.

The other possibility is that we have a break of the Support as well as the uptrend line to start a new downtrend. With the long period in which we have been rallying in favour of the British Pound and the fact that these large consolidations are often precursors to major trend changes, a downtrend is very much a possibility. If this takes place, then the Support points that form the Pennant would be the first ones to be hit followed by others that were formed as part of the large uptrend for this pair. 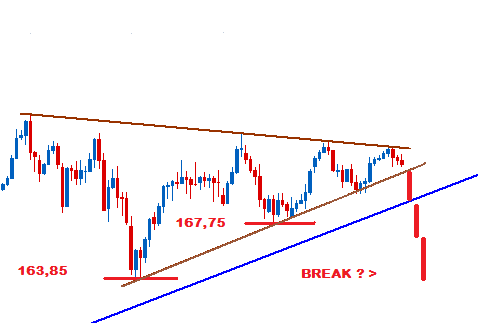 Strong and convincing bearish signals such as these would be needed to influence us to go short. The first target to be hit would be the 167,75 support point followed by the 163,86 a few hundred pips away. Again, with the size of the consolidation, the pips to be gained from those targets would be ´small´ in comparison to the larger targets that would be hit later on.

Let´s keep a close eye on this one as well as the relevant fundamental factors that could influence market direction for this pair over the next few weeks.